Embark on the magma pipe near the center, and enjoy river, pipe, adamantite, plenty of obsidian, flux stone, trees, a lot of gold, and more!

This is a 4x4 location selected to contain enough resources to support the needs of a fortress for years without requiring much CPU power. (You can also just select a 3x3 area and still have all the features.)

Be careful to avoid a forest fire (fire imps and lots of trees don't mix!), otherwise your whole party of seven might burn up before your first summer!

This is a 6x6 area with lots of resources. Watch out for the canyons, you need to build bridges across them to allow traders and immigrants access to your fortress. This region is far from flat. There is an underground magma pipe with its surface on level 141 (level with the river along the top of the region) at the right hand side of the map, just above the centre. 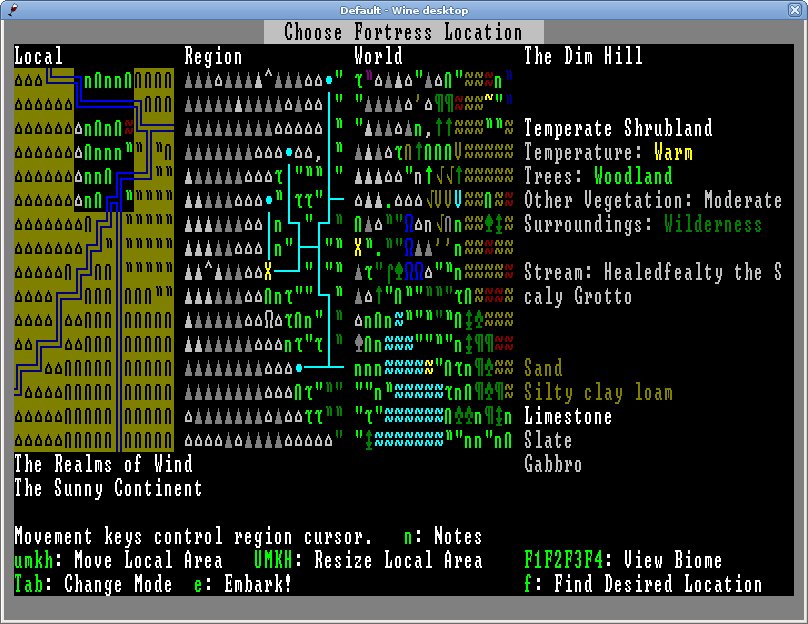 You'll get: trees, sand, magma, flux, bauxite, coal, all types of metal ore, alligators, carp, some other fish and NO goblins.

If you don't mind leaving the mountains and travelling down the rivers through 'The Outrageous Forest' of the elves, you will find here a nice locations with an interesting scenery. The rivers form two natural freshwater lakes, a small waterfall and there is an underground magma pipe to be discovered. The only obstacles are the aquifers and probably the local wildlife. And the place is called 'The Kind Swamps', too (warm, temperate freshwater swamp, heavily forested, thick vegetation, mirthful). 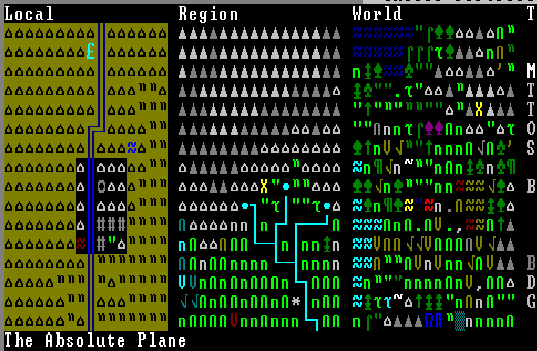 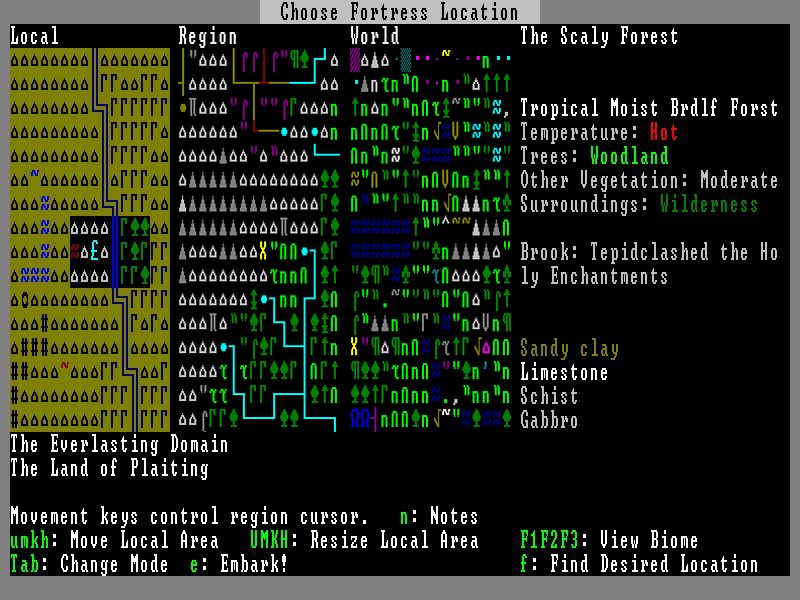 An 8x3 area, covering the edge of a mountain range and a woodland plain. A brook divides the two main biomes, and the map is completely flat East of it. Surroundings are hot (the murky pools do not evaporate) and wilderness. Wide variety of local wildlife, magma creatures are contained until you tap the pipe. Occasionally world gen can create an underground goblin road running just east of the Magma. With a larger area you could also include an underground river, a chasm and a pit, although they would all be deep inside the mountain. 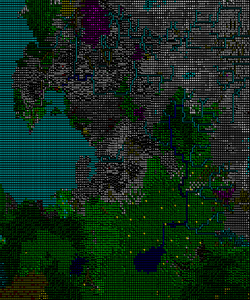 I haven't used this map in fortress mode yet, but it looks very plentiful.

note: I set the world gen to keep going until 1050

A 6x6 area with the top 6 being woodland and the rest mountainranges I will post an image of location when I have the time, ATM you can find it by using search function (HFS, pipe, flux, underground river and pit)

how to find: Search for:

Tress: A few HFS: YES YES YES Bauxite i ran reveal through this and had a quick look lots of gems and lots lots more

and how could i forget No Elves

Tar Oru, The Land of Forever[edit] 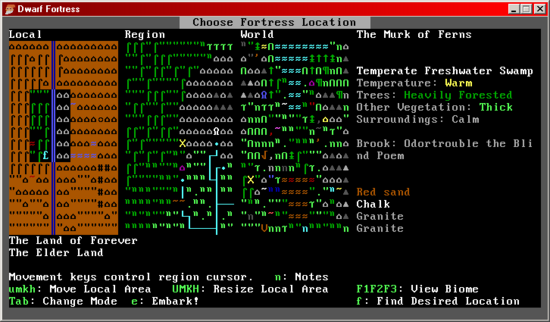 Changing the History seed to 1226960750 will result in a formal Goblin War and no Elves.

When converting Scamps name you get the number 722677.

I found a location which apparently has every resource I remember at the moment and that I can check in the embarking screen, though you have to select a 7 to 11 rectangele to get everything. The biggest direct height difference is 3-7, 7 is also the highest elevation.

Not checked, but possible:

Use the site finder to get it, but remember that 7 is the height and 11 the width.

This map has nearly everything. It consists of a cliff in east and 3 Mountains on top of it