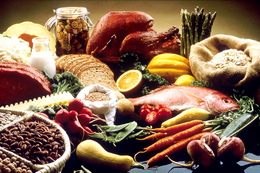 Mechanics of eating and hunger

Dwarves will forgo food, drink, and sleep for a while to complete tasks they are currently performing; how long they will go on depends on their personality, but dwarves will generally not knowingly endanger their lives to finish a job. Dwarves without a current job will perform these activities if they are even a little thirsty, hungry, or drowsy, and will only snap to "No job" once they have done so. The only task that can actually lead to death by preventing a dwarf from covering their vital necessities is a mother trying to find her infant[Verify].