Upon trying to get my head wrapped around this fire-trap, I saw something that scarred me, and became my personal goal to fix.

I don't understand how this fortress could sustain itself for three years and not have food stockpiles coming out its ears, in case of siege, but I guess if someone goes crazy I know what to blame.

I can see why the food stocks are so low. It's as though someone puked the farms into whatever space they found. 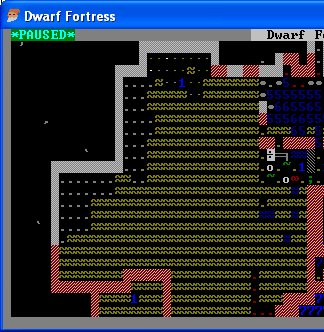 Also, only seven farmers? What the shit.

After a bit of skill redistribution, I have created a dorf who will be a legend among heroes. His only skill is to brew, and by the gods, will he brew. Long brew Cog Bootlove! 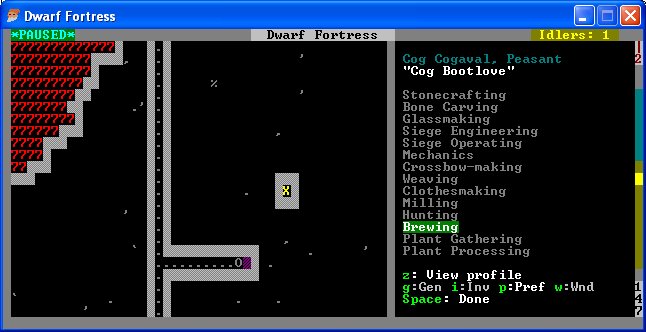 I'm not sure what this empty room is for so I've claimed it as my own for this project. 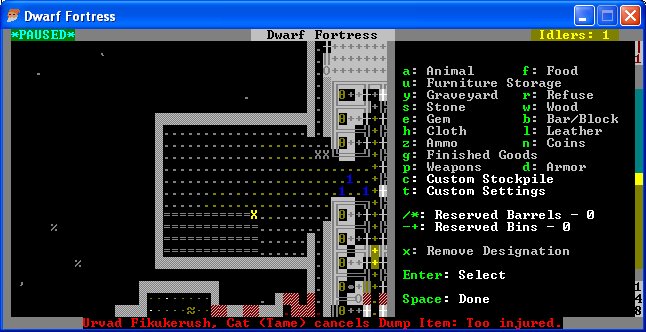 Of course, as soon as we have made some booze, Phrost is the first to the barrel. 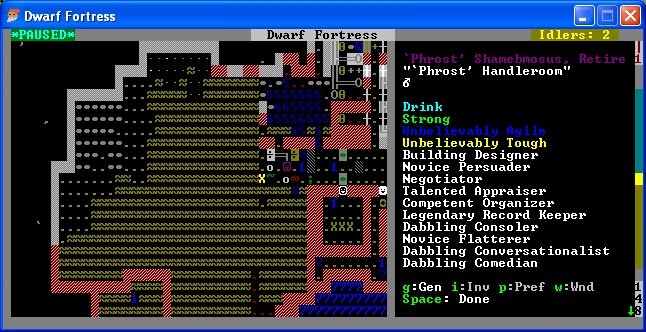 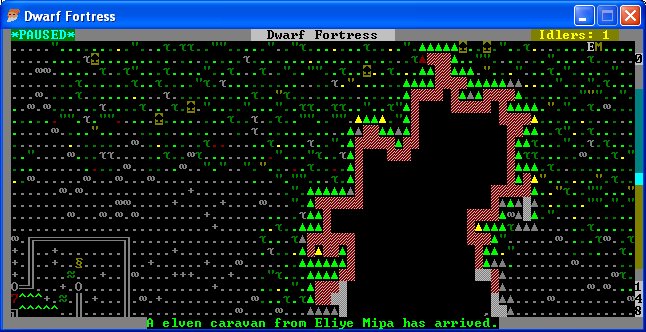 Elves had nothing useful, of course, so I just took it all. They just complained but didn't do much about it. 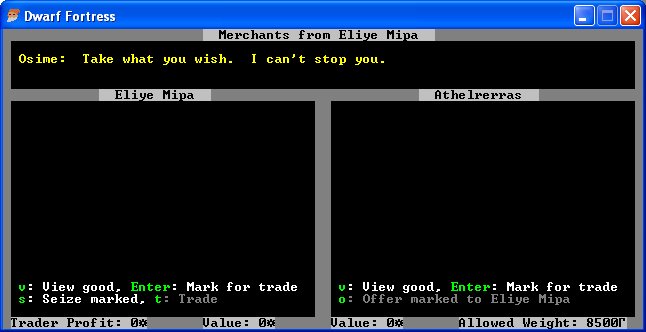 As if in cahoots with the elves, as soon as I swiped all their goods a goblin party decides to attack. 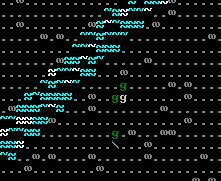 Their first target? The clothier. 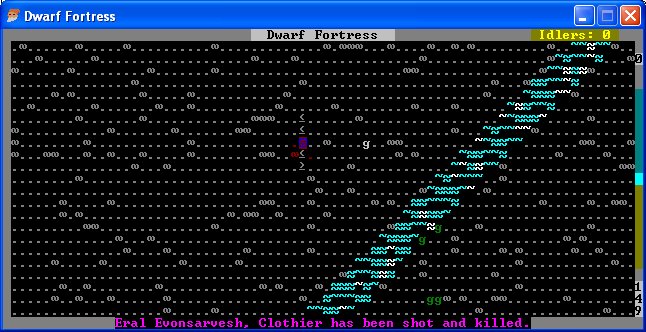 I ordered everyone indoors just in case.

Goblins finally made it to the front gate. 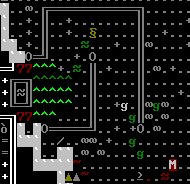 The last one tentatively crosses the bridge, with his comrades (in cages) cheering him on, I'm sure. 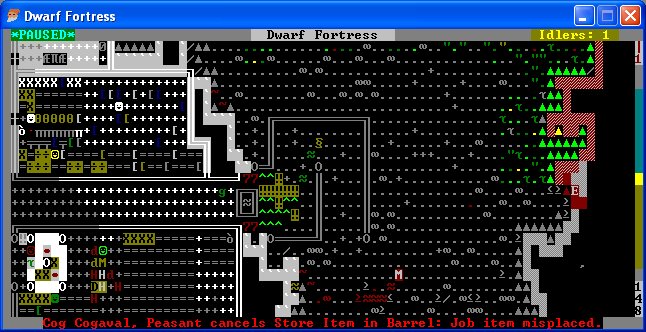 The army proceeds to break most of his limbs, and some internal bits. 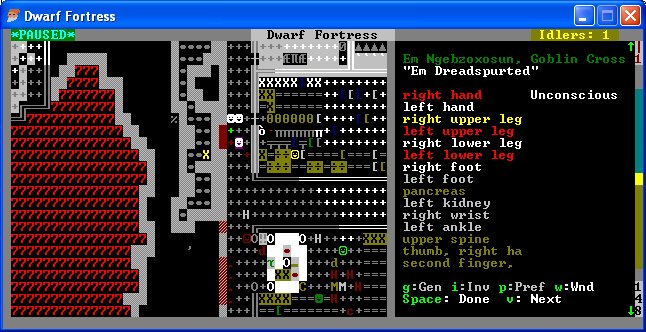 He got blood all over the walls, fitting, as his name is Dreadspurted. 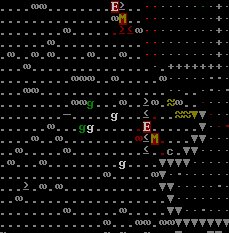 Lost one champion, but not before he smashed the faces of three goblins in.

Next time those goblins try to get us, I'm going to start pulling levers. Granted, I don't know what any of them do, but I'm going to keep pulling them till someone dies.

I was hoping for a quiet Felsite but this is what I get instead.

The butt-badger claimed a Mason's workshop. Might have to start locking some doors...

This momma f is on a roll.

Thankfully it's all part of my secret project.

My secret project is done. 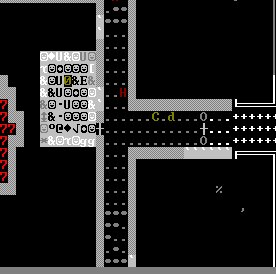 I now have my own, well decorated, burial grounds.

Seeing as how I've yet to name my dorf, though, it lays unassigned. I locked the door just in case. Now to think of a new secret project.

Our lone brew-hero is trying to keep up with demands, but since the barrels are so far away and the food is taken elsewhere once picked, his travel times are bringing slumps in his unit turn over. Thankfully, he still is producing enough that we now have on average a 45 booze-units surplus.

Which is 45 units more than our surplus when I took charge. 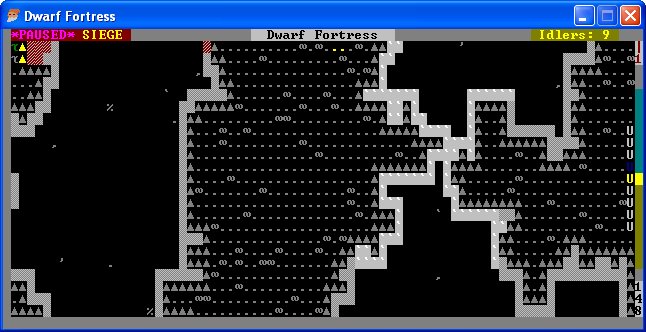 Good, that was the moat, and not the irrigation system.

This guy has perfect timing. Wait until we're in the middle of a siege, then go crazy.

I of course had locked him in the workshop months ago.

The humans finally made it to the gates, and it looks like those weapon traps I set up did their jobs. 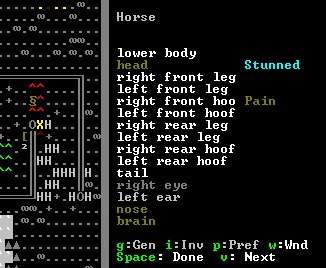 That spear pretty much went through the eye, into the brain.

Since the humans had been standing around the edge of the map for so long, I let the bridge down to entice them into the traps.

When they got to the traps, Mr. Patternedinked decided to take it upon himself to attack them all. 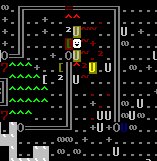 Also, someone appears to be missing a head. 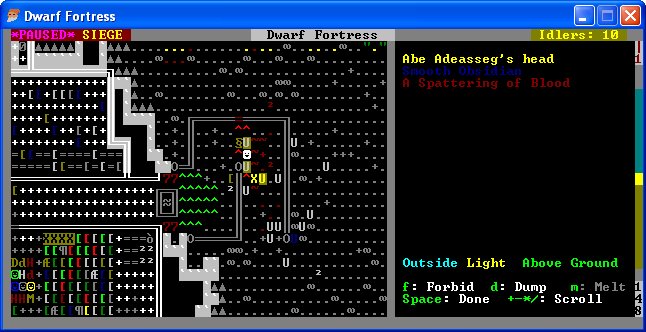 The rest of the humans shortly decided to flee. We killed three humans, three horses, and one head. They didn't even make it past the weapon traps.

Upon seeing that the siege hasn't ended, I looked up where the humans were on the map. And saw this. 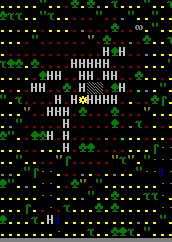 I have implemented more weapons traps in the entrance hall. And also sent to create more weapons, to make more traps. It's a vicious cycle.

For some reason, a baby is trying to crawl through all my traps.

The baby is crawling north, perhaps to besiege the humans alone.

Evidently babies are to humans as animals are to weather. The baby tried to cut off the humans before they got to the front gate.

The baby slowly made it back in, whereas the humans have yet to attack again.

Since the humans wouldn't attack per se, I positioned our one marksdwarf in the hallway to pick them off. So far, he's killed about three. 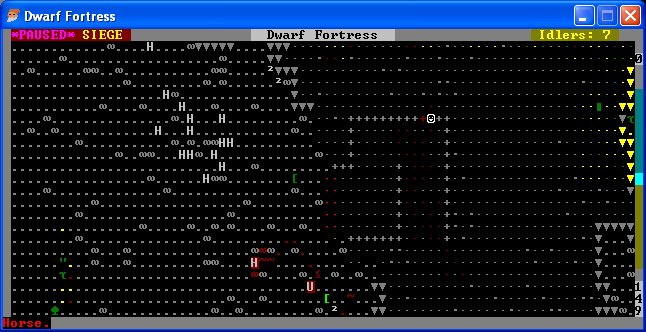 Disbanded the siege after a few minor losses, most importnatly our single marksdorf. Need to find a replacement for him.

He threw a barrel down the hall then calmed the hell down.

Christ, two tantrums in a row. This time be broke an archery target.

He just earned himself 26 days in prison. 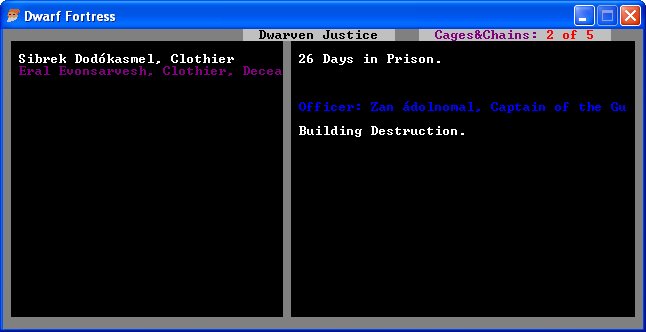 Christ, going for a hat-trick.

This made me laugh though:

Dorf merchants show up. I'm going to trade them all the stuff I harvested from the dead humans.

Traded for some cats. Damn I love them cats.

He has now been moved to a new cell, with a new rope.

This time he started a fist fight with a cow, in prison.

I wonder if this is all related?

The rest of fall was uneventful. Let's see if Winter follows suit.

I'm sure this will be an issue.

Finally talked to the liaison and requested all their iron bars.

Goblin ambush. Oh no, what shall I do? 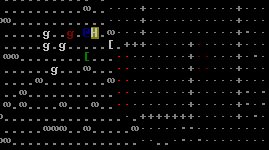 All the liaison wants from us is earrings and booze.

I don't want to know what they plan to do with the two.

On a side note, I find it interesting that the hometown liaison is titled "Goblin village liaison"

The goblin ambush seems to have capture a dorf at a young age, as he now returns to fight on their behalf, as an axedorf. 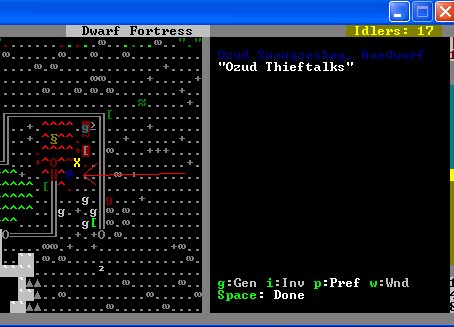 All is quiet, save for the reoccurring miasma cloud 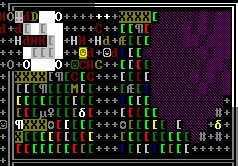 All according to plan

Not going to lie, this kinda came out of fucking nowhere.

Locked him in his room.

The last week of the year went smoothly. My year is over, I was successful in increasing our food and booze stocks, and hopefully the food industry as well. I appointed my dorf, gave him his tomb, and shall now watch to see what happens next.