This is the first log entry from the bloodline game Tinbolt.

We arrive under cover of darkness, at the site designated for us near the base of the Scabrous Teeth. These mountains have never been known as hospitable, and goblin tribes often build fortresses along the crags and chasms that surround this dangerous place. But we have been called, and so must we answer. I call the oxen to a halt and survey this blasted land.

Within short order, stairs have been dug into the black sand and rock salt that cover the mountain. I order all supplies moved inside, and defenses begun at once. Hopefully, the goblins have not noticed us yet.

Preliminary storage is carved out of the black sand, and we dig until we hit solid rock. A defensive bottleneck is dug out, and we begin preparing stone-fall traps. From there, crafting facilities and warehouses are dug out of the soft sand to minimize stone usage. Can't have the fledgling fortress be a mess, you know. Dining facilities, a statue garden, personal quarters, and an office for me are all designated. The first farm goes up; and we begin the hard work of securing a fortress as a beachhead to assault the goblins from their back yard.

While looking for a viable forest to harvest, the Woodcutter Shegetdomas makes an unpleasant discovery... a giant web.

He wisely decides to look in another direction.

Spring and Summer are uneventful. As our dedicated fortress guard Axedwarf Rakustsodel grows bored, I task her to kill the various mostly benign creatures in the area - gremlins, antment, large rats. She happily takes to this task. She was a good choice for this outpost, and I re-read her file to be sure I don't underestimate her.

"Lör Rakustsodel, called Lör "Tombshields." The dedicated fighter of the group, Lör's training is primarily in the usage of Armor, Axe, and Shield. Her skills are believed to be vital to the expedition, because while the miners are also trained in the use of Armor, no other dwarf on the expedition knows how to wield a weapon like she does. Lör prefers to consume dwarven ale when possible, and is quick to show off her collection of dogs rendered in pelagic clay and ivory. Even though the expedition lacks dogs of any sort, she seems the most at ease - both in talking to this scholar before their departure, and in social situations generally. "I'm looking forward to establishing a forward base against the goblin threat. If we can take down this fortress, it'll be a decisive blow against their forces in the Scabrous Teeth region." When asked if she was leaving anyone special behind, she shook her head and declined to comment."

As exepcted, the caravan from Sartitthalingish Arkoth arrives in early Autumn. We trade some small rock goods for food and drink. Before they leave we have an exciting discovery: native platinum. I hope word of this spreads among the more adventurous population of Arkoth, because a wave of immigrants would be much appreciated.

The caravan departs. I wish them well, but they do not heed my warnings and head right for the spider web. None are injured, but I fear that may not always be the case.

As crops come to fruit, we build a windmill and millstone.

4th Timber, 1051, Autumn - Migrants arrive! I pray they move swiftly to our door.

It's as if Armok hears my prayers, and none wander towards the goblin fortress nor the giant spider web.

20th Moonstone, 1051, Early Winter - Fool! Incompetent! Woodworker Shegetdomas apparently wishes to damn us all, as he has angered the giant cave spider Umârato! Greed called him to the corpse of the Kobold Thief Grilrarsnus, at the very mouth to her domain. Did not the pile of bones give it away, Zefon?

It matters not. He is quickly torn to pieces, and I forbid any dwarf from attempting to recover his remains. Let him rot there as a warning to others.

15th Opal, 1051, Mid-Winter - Woodcutter Lorbamdolush seems compelled to run around with an antman following him. Is he afraid to use his axe?

Four. Now four are following him.

They caught him shortly thereafter. I've tried to dispatch our guard, but... she's stuck at the edge of the abyss, gazing into it.

Amazingly, he not only survives, he fights them off.

8th Obsidian, 1051, Late Winter - The antmen continue to interrupt our woodcutting. I prepare to unleash Axedwarf Rakustsodel upon them.

We have given a name to one of the most persistent antmen, Likot Zonfôker. Likot survived Woodcutter Lorbamdolush's counterattack (and fled), but could not withstand the might of Axedwarf Rakustsodel. The infamous antman was torn to pieces.

1st Granite, 1052, Early Spring - Thus ends the first year of Outpost Akrulalåth, called Tinbolt. Though we are currently experience a sever wood shortage due to lack of an available axe, that situation will be rectified as soon as the current batch of magnetite finishes smelting. I have high hopes for this outpost; these dwarves are hale and hearty, do not want for spirit (or spirits!), and are well prepared entering our second year. I step down so that another may take my place, as is the dwarven way. Let fate smile kindly on Tinbolt.

State of the Fortress 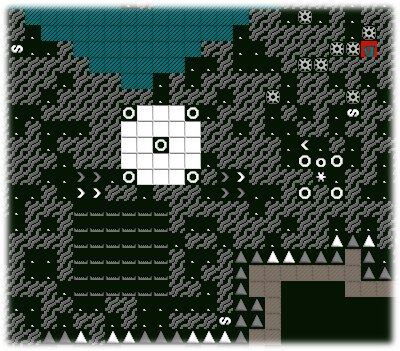 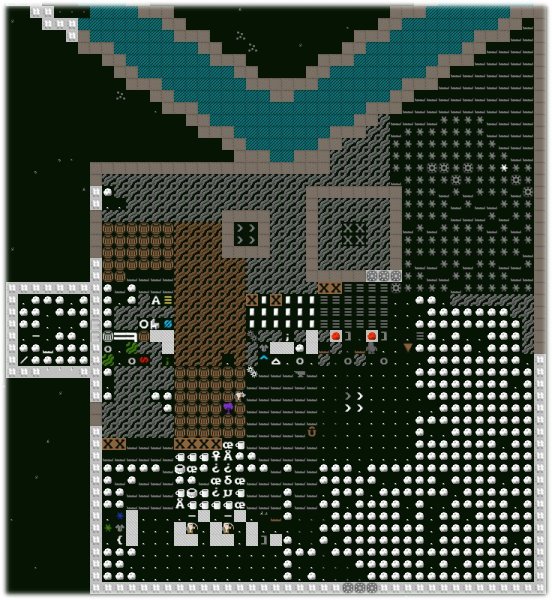 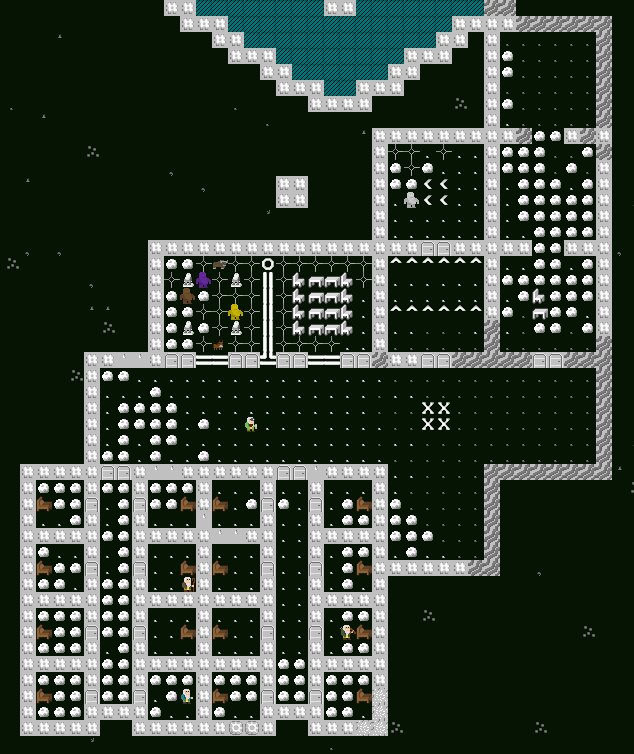