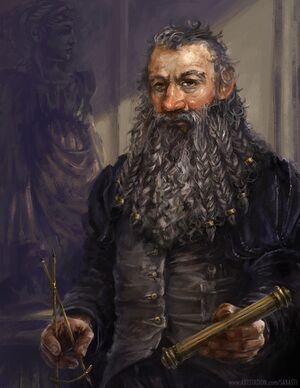 Morul Cattenmat, the Most Interesting Dwarf in the World, is the result of forum-user Martin's quest to create the most interesting dwarf in history. Morul was created with the singular intent to get him to Legendary in every skill possible in Fortress Mode. Doing almost all of the work himself, Morul progressed from a simple dwarf with the near-useless Fish Dissector and Animal Dissector skills into a demigod of epic proportions, capable of singlehandedly wiping out entire sieges of size 25/damblock 50 orcs all by himself.

As of January 12, 2010, Morul has reached Legendary status in 71 skills and is now considered "complete".