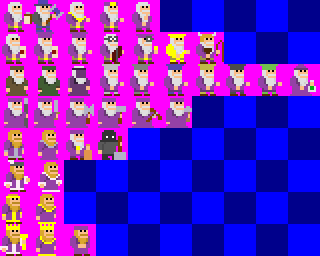 Tileset Compiler (or TSC for short) is a utility for Dwarf Fortress created by Rick which attempts to ease the creation of graphical creature tilesets.

It is written in C# and requires the .NET 2.0 Runtime.

TSC is currently a console-based utility. Future versions may sport a proper UI.

To use TSC, all you have to do is specify a graphics_name.txt file for it to parse and build a tileset from.

All paths loaded and saved to are relative to the input file name given to TSC.

It derives the following file names from these entries:

This is from the following format:

Found a bug? Have a suggestion?[edit]

Report it on the talk page!