While some aspects of Dwarf Fortress appear to be designed to discourage micromanagement, others reward or require constant user manipulation. This page is a collection of tricks to micromanage your dwarves and compensate for Dwarven AI. 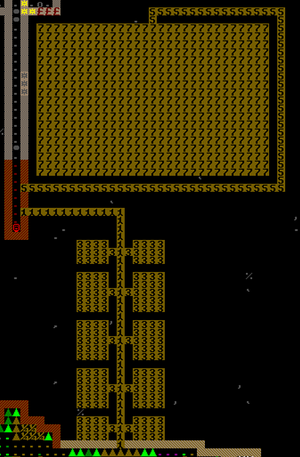 An example of mining micromanagement via prioritization