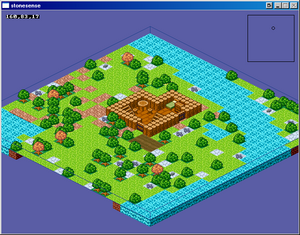 As of June 2014, it is also possible to use Stonesense as a live overlay of the map in the main Dwarf Fortress window, replacing the usual 2D tiles. The DFHack command for this is "stonesense overlay", but print mode must not be set to "TWBT" for this to run. For best results, edit [segmentsize_z:2] in init.txt, and if you are unable to see the edges of the map with the overlay active try also decreasing or increasing the [segmentsize_XY] - normal values are 50 to 80 depending on screen resolution.