I'm somewhat obsessed with building everything to truly dwarvish purportions which is to say most of my hallways are cut with ramps so they can be towering two level hallways that are many tiles wide and feature long rows of coffins at every turn to preserve the dead for ages to come. Dwarves are crazy that way you know.

I'm especially fascinated with building insanely large and complex devices for moving around vast amounts of water or magma for whatever purposes my dwarves may need. As such I'm often fussing over the pages about water and magma and flow and arguing over fiddly little details of the mechanics that few people care enough to delve into.

I'm finally coming back to play again, I've been kind of hiding out waiting for the pesky "dwarven work ethic" to get fixed. Since that finally came in on the patch notes I'm a much happier dwarf. There are still tons of bugs floating around out there, but nothing I've seen so far really ruins the game for me anymore. IMHO the game is quite playable now, and a lot of fun.

here's a few images I've put up here to illustrate some of the more humorous behaviors I've seen in the new version of dwarf fortress. If anyone wants to use them in a page feel free to do so, just be polite and drop me a note with a link to the page so I can look at it and smile. Thanks.

(click to enlarge)
Orrundomas
A quiet peaceful fort well away from the other civilizations where dwarves can live in peace and prosperity untroubled by . . . Thor's BEARD! WHAT HAPPENED HERE!?

(click to enlarge)
Landfill
(noun.) A place where vermin are stored. 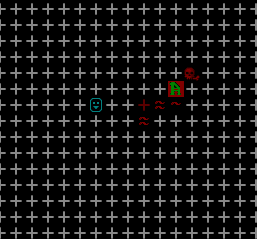 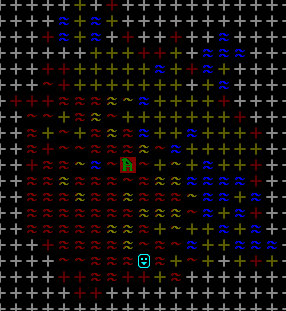