Hello! I'm a relatively new DF player and occasionally stream what I'm doing on twitch. Don't expect too much though, I am still not familiar with most of the things beyond a minimal working fortress. Mastering military, burrows, and alerts are my next steps I guess :)

Update: In the meantime I haven't played DF in roughly a year except for very short adventures. Now I wish to continue my learning of the game. While I often use Ironhand for the graphics, I love playing in with a square ASCII tileset. I can very much recommend Tileset_repository#Nagidal and Tileset_repository#Kelora. I fixed a small issue with the latter and changed the wall and related tiles a bit, which resulted in the following tileset: 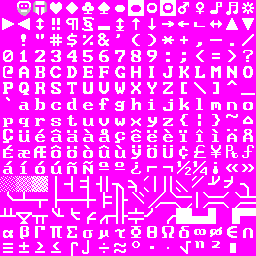