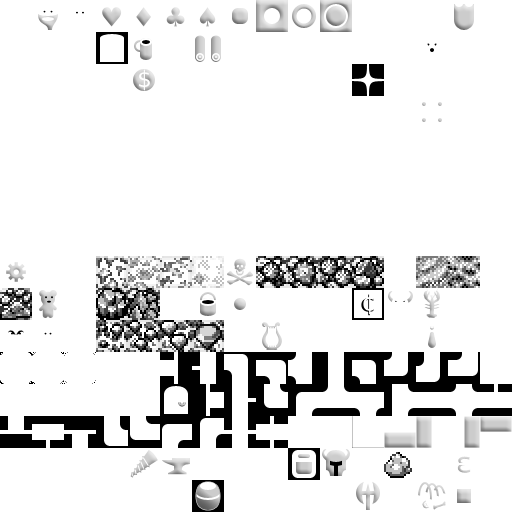 “Where have they taken the princess?”

A shining sword point hovered above the goblin's neck. Sir Salwin had tracked the goblin snatchers over field and stream to the ruins of the dwarf fortress. It had been weeks since the princess was kidnapped, but the knight knew she was still alive because of the messages she had left behind on pieces of her torn garment. At last he cornered the villains in the crumbling mountain castle. He mortally wounded one of them, but the rest had slipped away with the fair maiden.

“Tell me where Princess Medalla is, and I’ll make your death swift,” said the knight.

The goblin grinned through broken teeth and pointed to a large opening in the rough-hewn wall. “They have taken to the underground. Yours is a quest without hope,” he said.

Sir Salwin’s team looked on grimly as the knight finished the goblin with a quick blow. The Island Brothers winced in unison. They were not yet accustom to violence, not like Bailnor, the knight’s dwarven companion. The old dwarf had seen a hundred sieges, and now that his kind had retreated into the mountains, he stayed on to fight all that is evil.

“As the goblin said, milord,” said the dwarf. “It leads into the Underground, a vast world of twisting tunnels and great dangers. If they have taken her there, we may never see her again.”

The knight ran his fingers through his beard, and stared into blackness. “There is no question,” said Salwin. “We must follow.”

As they descended, Bailnor pointed out the strange lights in the cavern below. Many of fungi and some of the vermin gave off their own light, as the dwarf pointed out. When they reached the floor of the cavern proper, Tolwen, the elder of the Island brothers, pointed to a mass of chattering creatures. They were picking the bones some great monster.

“But what was that thing they are eating?” asked Tolwen.

“It is said that the goblins and trolls passed through these caverns when they escaped from the underworld,” said Bailnor. “I wouldn’t be surprised if other monsters didn’t make this place their home.” The dwarf looked at the brothers for a moment. “You had better stay close to master Salwin.”

The adventurers traveled into the deep, always on the look for some sign of the princess. The ceiling of the cavern hung low with stalactites, all crawling with tiny creatures. As they went they found pools of water that grew and joined until it seemed the entire cave would be flooded. Nolwen, the younger of the brothers, took off his battered soldier’s helmet to drink. A clawed arm shot up, nearly severing his nose. Bailnor pulled him away.

The trio looked up as Sir Salwin held up a piece of glittering cloth. Bailnor approached him. They looked down through the winding passage that was the road ahead.

“I know not what madness drove them to take that way,” said the dwarf, “but if you choose to follow them, I cannot lead you.”

The knight looked at him, questioning.

“Dwarves rarely delve past the first layer of the Underground,” said Bailnor. “To go further is suicide.”

Sir Salwin looked on into the darkness. “Once again,” said the knight, “there is no question.”

"Stop!" Kogan shouted. Mul halted his pick just before it crashed into the ice.

"There's something in there. See the outline? Bomtek got lucky the last time, but if this treasure is equally valuable we could become very wealthy indeed. Get the chisels," Kogan said.

"There have been so many finds in the tunnel this month," Mul observed. "There must have been a great battle here before the glacier formed."

As the dwarves worked carefully with the chisels, the form within the ice became more clear. This was no treasure.

"I wonder who he was," Kogan said flatly as they continued stripping the ice away.

"He looks to have seen no more than eight winters, though the last was far too long," Mul responded.

When they finally freed the body from its prison, they set it on the rough ice floor.

"You're alive! Could it be? Mul, get something warm for him to drink. A volcano whiskey shot from the kitchen," Kogan said urgently to Mul before turning back to the boy.

The young dwarf could not move his limbs, but his lips were trembling and there were tears in his terrified eyes. "They are coming."

Kogan had difficulty understanding the boy's dialect, but on the third hearing, he found the meaning of the boy's repeated words. "Be still now," Kogan said gently. "You were trapped in the ice. Nobody is coming. It all happened long ago."

The boy closed his eyes, and the only sound in the tunnel was his frantic breathing. Even in his heavy furs, Kogan felt a sudden chill and the dimly lit tunnel became darker still, as if the torches were reaching the last of their fuel in unison. It was then that Kogan became aware of the icy hand resting lightly on his shoulder.

Dorl approached the enormous outcropping of rock that protruded like the hand of a drowning giant through the sea of ice, the spikes on his boots crushing the thin layer of snow which topped the glacier with each step. The miner had heard from the supply caravan that a new excavation had begun at the frontier outpost not a month ago, and they were still seeking laborers.

There were no guards posted at the entrance, yet the gate was open. The dwarf felt uneasy. Surely someone must stand to ward off the mighty beasts that haunted this frozen wasteland. Dorl himself had slain a great polar bear on the journey, shattering its skull with a swing of his steel pick, though it could easily have turned out differently. During this season the giant predators were crazed with hunger and often reckless.

Dorl passed through the gateway and was greeted with a sight of horror that sucked the breath from his cold-pained lungs. The ground was littered with desiccated bodies. There were the guards, on permanent watch with shriveled eyes. A merchant was there, never to return home. The outpost had become a tomb.

From the shadows enshrouding the passageway to the deeper halls there emerged several figures. They were tall, graceful and tall like elves, but their faces were smooth and featureless, save for their glaring demonic eyes. One of them held a leash which bound a dwarven child, eyes gaunt, frail but still alive. The child took a few halting steps forward before speaking in a empty monotone, "My master does not wish to be disturbed."

Dorl took a step back. "I did not mean to disturb your master."

The child shuffled forward further until the leash strained against his neck. His master did not move. Speaking again, his voice cracking but still without emotion, the child said, "My master does not care about your intentions."

Dorl retreated slowly to the gateway, a profound nervousness marking his voice, "I'll be going then. No need to concern yourself with me."

"My master's concerns are not yours to dictate."

"My master does not care about your intentions."

He was through the gateway. It closed quietly, leaving him alone with his thoughts.