The desire is to make the volcanoes of DF active and flood the whole map with magma in the process.

If, using a normal stack of pumps, you've tried to flood the map with magma before you'll be aware that it spreads too slowly and dries too quickly to coat the whole map.

The problem is that while the pumps are fast enough they never receive a constant supply of 7/7 magma. This is because magma spreads slowly and often when you breach the magma pipe the source tile for the pump stack is only being fed by three tiles.

The solution to this problem is to submerge a stack of magma safe pumps into the magma pipe allowing them an almost constant supply of magma from all sides. Having the top few levels of the pump stack helps the magma spread on the surface 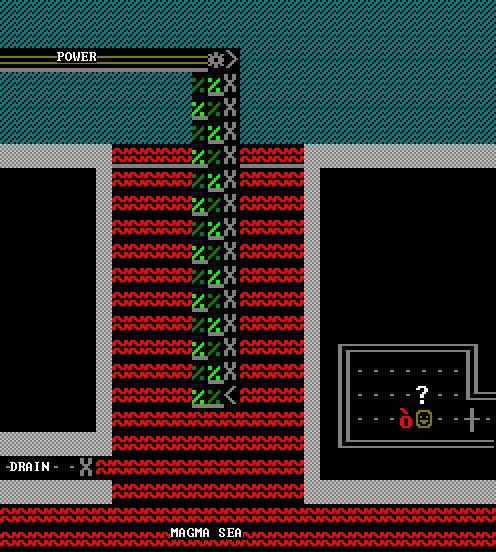 The first decision that needs to be made is how you want to drain the pipe. There are a number of different techniques and since version 31.1 magma can be pumped off the edge of the map. The only thing you have to make sure of is that you are draining the pipe faster than it refills. I suggest you either pump the magma off the map or use drawbridges on repeat to smash the magma.

Now that the pipe is draining build a power station. You can use Windmills, Water wheels, or both. You will need a lot of power just like any other pump stack. Deliver the power, through gears and axles, to a axle one z-level higher than where the the highest pump will be. This axle should be hanging and will feed power down to the pump bellow it. Rig this axle up to a lever and turn it off.

Once the pipe is empty enough start building a flight of stairs down the centre of the pipe from the axle. Prepare each z-level for the pumps. I suggest you follow these pump stack designs so only one floor tile per pump allowing power to pass between the pumps. You don't want to be building any walls as they just slow the flow and spilling the magma isn't a problem.

While the pipe continues to drain floor and bridge over the pipe one z-level down. The bridges, when opened, will allow the top z-level to fill. It's one z-level down so that it still looks like a normal magma pipe when full. The reason for adding this plug is that, while the pumps are running, it stops magma above the plug from falling back into the magma pipe facilitating the spread of magma on the surface.

Eventually the pipe will reach equilibrium and won't drain any further; Use this to determine the lowest z-level of your pump stack. Unlike all the other pumps the lowest must have both it's tiles floored giving the rest of the stack it's stability. Now you need to work your way up adding magma proof pumps as you go.

The pipe can finally be evacuated and left to refill. I suggest you read a good book to pass the time.

It is possible to power the pump stack from bellow by having a fully enclosed axle and gear extend from the side of the pipe on the z-level bellow the lowest pump. Magma must be kept out. The only open tile should be directly above the gear and will later be plugged by the lowest pump. Be careful not to obstruct the lowest pump's source tile.

Working with magma can be Fun so be careful and consider these points.

I have a working model of this design on a 3x3 map. I have four stacks going 94 z-levels into the pipe which require 4000+ power. It has emptied 24 z-levels of the pipe to cover the whole map. I will upload a recording of it working to the DFMA once movies from newer versions work. For now I have a map of the site and this composite image I made by layering and processing each surface level of the map to give an impression of depth. 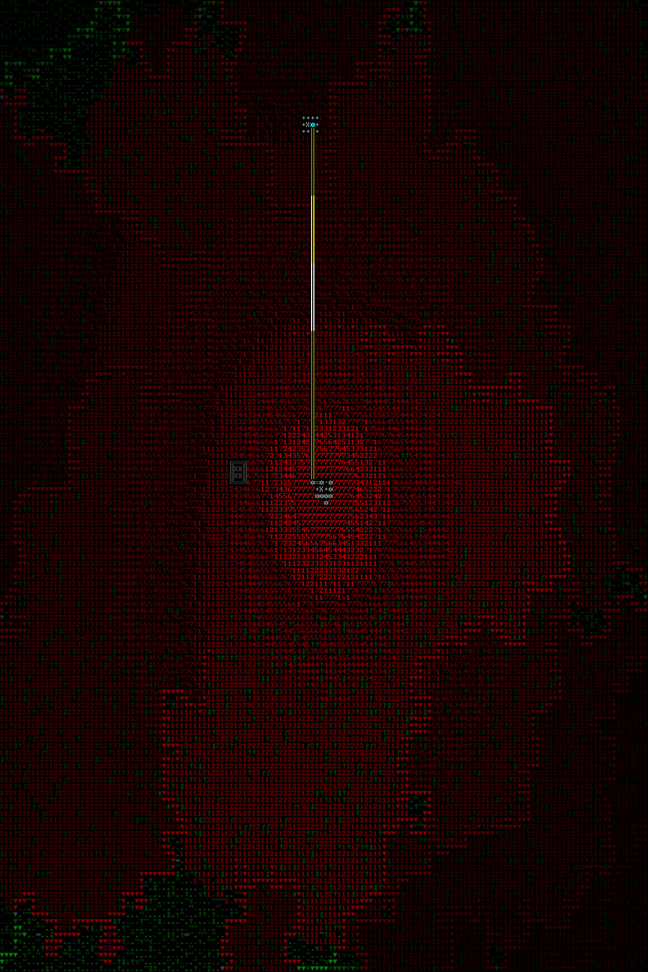