M: A mission report is in yellow, and will be indicated as "Mission Report: <mission name> (Set out <season> <year>)"

S: A mission spoils report is in yellow, and will be shown as "Spoils Report: <squad>, <season> <year>"

T: A new tribute report is available, and will appear as "Tribute Report: <site government>, <season> <year>" in yellow

I: A new Interrogation report is available. It will appear in the Alerts in cyan. 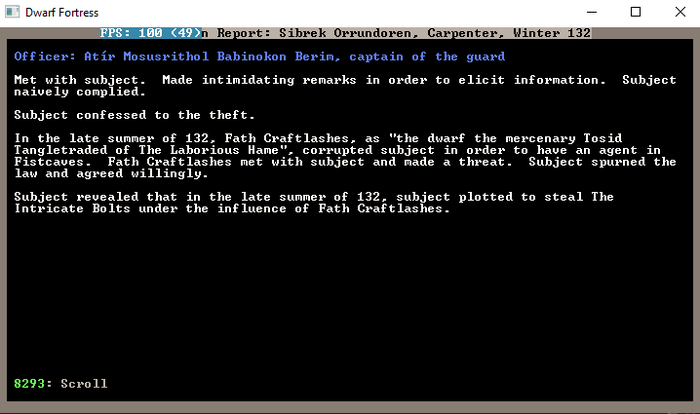