Native platinum is the only ore of platinum, one of the most valuable metals available (equal in value to aluminum). Its high material value makes both the ore and the smelted metal a convenient material for high-value furniture for nobles. If the deposits are not mined out, smoothed and engraved platinum walls can add a lot of value to rooms, too.

Native platinum can occur in veins inside bodies of magnetite and as small clusters within chromite. The veins from magnetite specifically can extend far outside the magnetite they originate from and the vein may even be interrupted at the magnetite cluster border. 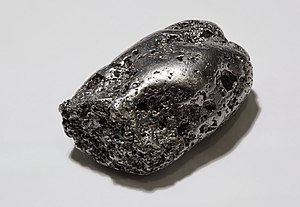