Billon is an alloy of equal parts silver and copper. Historically, billon was used to mint coins, but it remains to be seen if billon coins will be useful when the dwarven economy is re-developed.

Unlike both of its constituent metals, billon cannot be used to forge weapons or ammunition. Billon can be used to make moderately valuable furniture and other objects at a Metalsmith's forge. Be aware, however, that it is not magma-safe. 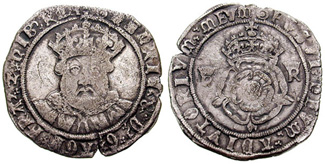