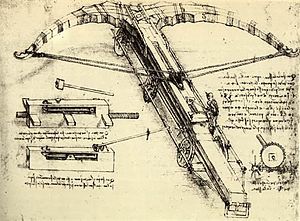 Crossbows are the only native ranged weapon available to dwarves (although one can also acquire blowguns and bows through trading, or looting of failed sieges). While more difficult to set up than melee weapons, crossbows have the distinct advantage of allowing dwarves to fight at range, often killing enemies before they can enter melee distance. They are thus an excellent support weapon, especially if you have already filled out your meat shields melee squad(s). 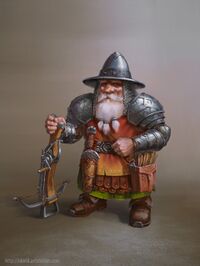 Crossbows can be made from a variety of materials, be they wood, bone or metal, which has no effect on accuracy or damage. The quality of a crossbow influences its accuracy (along with the skill of the marksdwarf), while the quality and material of the bolts influences the damage done on a successful hit.

The material that the crossbows are made of is irrelevant to ranged combat (but see melee combat). Only the quality of the crossbow [Verify] and skill of the marksdwarf determine accuracy, whereas the quality and material* of the bolts determine the damage delivered. If you have a skilled bowyer and are confident your fortress design and/or melee soldiers can keep your marksdwarves safe from enemy engagements, then easily-produced, high-quality wooden or bone crossbows will be just as accurate and deadly as metal crossbows.