Computing in Dwarf Fortress is the practice of setting up complex constructions to perform logical operations and calculations; ideally, to control some functionality of your fortress. Even if it isn't a young concept anymore, there is still much room for improvement and development. One reason is that there are many ways to solve one problem. Innovation and invention are encouraged.

Binary information can have one of two possible states: true or false, respectively 1 or 0. In dwarf fortress they can be represented by different entities:

Electronic devices and computers are based on this elementary form of information, and if you want to go into computing, you’ll have to familiarize yourself with it: propositional calculus

Input can be any device which can be linked to another device with mechanisms, such as levers or pressure plates. Pressure plates can measure water or magma depth, or creature or minecart weight, and can be set to react to your own dwarves if measuring creature weight. If measuring water or magma you specify the minimum and maximum levels at which it should output 'on', and at all other levels it will output an 'off' signal. Regardless of the actual amount of water or magma or the exact weight of a creature or cart on your pressure plate, the plate can only output an 'on' or 'off' signal (1 or 0) to whatever devices it is linked to. So everything you build will have a binary base.

According to input, output can be anything that is able to react to an on/off signal. This can be doors, bridges, floodgates allowing or stopping flow, gears controlling pumps and much more. In some special configurations - when mechanical logic is involved - output may not be an on/off signal but power, thus running or not running a machine component.

Currently, to convert from power to an on/off signal, the only way is to use a kind of power to signal converter. This can be a screw pump connected to that power source, and a pressure plate to measure whether water is being pumped, or a minecart moved by a roller over a closed track with a pressure plate activated by its passage.

Basic binary logic takes one or two input bits and creates an output based on them. The devices that perform these operations are commonly called logic gates.

The most human-understandable logic system requires NOT, AND and OR gates, but having a design for either a NAND or a NOR gate is enough to build any of the other gates. Some gates are easier to create or need fewer components than others depending on what discipline your logic relies on. Designing each individual gate that you will need (or using designs that had each individual gate designed) rather than building a gate out of multiple NAND gates or the like will generally result in your dorfputer reacting faster and using less resources (power, water, kittens, construction materials, what-have-you).

There are four main disciplines of dwarfputing, depending on what would drive the dwarfputer. Each of them has its assets and drawbacks.

The four disciplines are:

Fluid logic is controlling the flow of fluid over different pressure plates. Fluid logic can be easily constructed and every known logic gate in dwarf fortress has already been built with it. On the other hand, this discipline depends on a somehow unlimited source of the used fluid to deal with its evaporation and destruction.

Mechanical logic uses systems of axles and gear assemblies to build logical gates. Mechanical logic reacts very fast and can be easily constructed. Since every gear can itself be linked to a trigger (or multiple triggers), and automatically connects to adjacent gears for transferring either power or load, mechanical logic gates are very flexible and don't require anywhere near the number of different devices that tend to be used in fluid logic gates. On the negative side, this discipline uses a LOT of mechanical power and basic mechanic gates output no signals but power. If you need a signal as output, either to control signal-operated buildings like doors or bridges or to perform further logical operations, you will need power->signal converters. There is, however, a fully functional fluid-preserving "rotation sensor" design. With the advent of Minecarts, compact fluid-less power->signal converters have become available, making Minecart logic an attractive alternative for deploying mechanical logic in your fortress. Along with advanced techniques to construct logic gates by "pre-toggling" a gear assembly (see Pre-Toggled Mechanical Logic), any logical circuit can be built, given enough space in the game to do it.

Creature logic uses pressure plates and constraints on creatures' movement through buildings such as doors and hatches, in conjunction with their pathing behavior, to build logic gates. Creature logic is very space intensive, but requires no power, fluid, or valuable materials. Every kind of logical circuit can be built with creature logic.

Minecart logic involves the control of the paths of minecarts over pressure plates to build logical gates. Minecart logic integrates easily with mechanical logic. Power, perhaps surprisingly, is optional. Minecart logic is complete and compact. It lacks the brute speed of which mechanical circuits are capable, but minecart circuit design may be much simpler and more intuitive to some architects.

Examples of things you could do with logic gates[edit]

There are a few examples of a really useful dwarfputer and some concepts which have the potential to become useful for others. But in most cases, they are made just for fun. That's not to diminish their designers' achievements, because these are in general the more complex ones. At the moment there are no known examples of animal or borg logic. 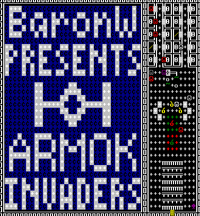