Diamonds are particularly precious, carbon-based gems that are generally found in gabbro layers. The rarer diamond types are the most valuable gems in Dwarf Fortress, along with the star sapphire and the star ruby.

Historically, diamonds were ranked among the five cardinal gems. The others included amethyst (no longer as valued due to New World deposits), emerald, ruby, and sapphire. Its value has increased beyond that of the other precious gems since the 19th Century, most famously as a result of advertising campaigns. 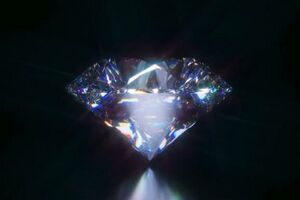