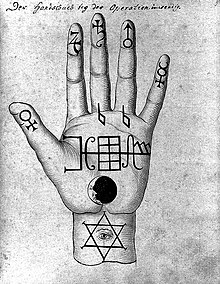 Magic currently exists in limited form in Dwarf Fortress. With modding, it is also one of the many ways that interactions can be manifested.

There seems to be some code present that has to do with magic, but there is nothing that uses that code or activates it. Examples include the [MAGICAL] creature token being recognized as a valid token (i.e. the game does not give an error when it is found), and the ◄ and ► characters being listed as item designations for magical items in the in-game help menu. A fully working and procedurally-generated magic system is currently in the works according to Toady One's development log, slated to be one of the major points of the upcoming myth update.

Necromancers are spellcasters who have the ability to raise the dead as various forms of undead. They receive their power from divine intervention, after worshiping a god of death and learning the secrets of life and death from them. This is the only form of magic the player can feasibly obtain; it is obtained in adventurer mode by reading a slab or a book that contains the secrets of life and death, traditionally obtained via necromancer towers (I). These towers are often packed tightly with undead and, usually, more than one necromancer, who will not hesitate to raise any fresh corpses you make, or even the limbs of their minions that you chop off. But of course, that great power can be yours, if you can overcome the danger involved.

Some types of undead possess supernatural powers. Mummies can curse those who intrude upon their tombs or otherwise defy them, while intelligent undead sport a variety of magical powers, such as the likes of inflicting rot on their foes, vanishing from sight, or creating magical fog. Ghosts rise from the dead when a civilized creature is not given a proper burial, and, depending on their disposition, can do such things as suck the air out of someone, or outright kill them from fright.

Bogeymen and nightmares can also be summoned with necromantic magic by those who have learned the appropriate secrets associated with their spheres.

Defiling the temple of one's patron by toppling one of its statues will result in the patron deity cursing the perpetrator, and turning them into a werebeast or a vampire. Dice can also be rolled in order to divine the will of the gods, and may lead to a variety of both positive and negative effects such as healing one's wounds, spawning a great item, causing streaks of bad luck, or transforming them into a harmless critter for a week.

Some megabeasts (most specifically, the dragon and the bronze colossus) are explicitly described as magical. Beyond the dragon's breath weapon and colossus being a living statue, they currently do not possess overtly magical features. 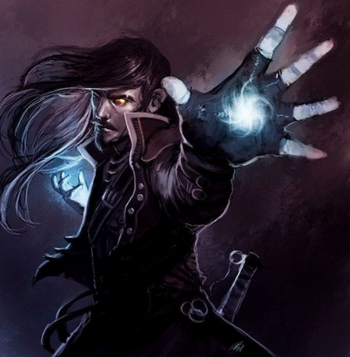 An elf with more magic badassery than he has any right to have.
Retrieved from "https://dwarffortresswiki.org/index.php?title=DF2014:Magic&oldid=272140"
Categories:
Hidden category: