Conglomerate is one of many sedimentary layer stones. It is notable for not only supporting aquifers but also frequently containing large clusters of puddingstone which will also support the aquifer. 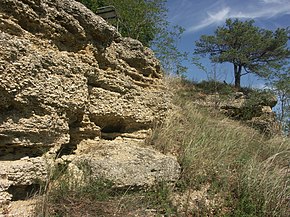