Walling off an existing plot of trees can provide a safe environment for plant gathering and woodcutting, even during a siege. A roof is necessary to fully protect from climbing and flying enemies, though a sufficiently-high block wall can stop most threats. If your embark has a wooded valley, you can reduce your material and labor costs significantly by incorporating it into your design.

If your embark has at least two soil layers, you can create a simple tree farm by channeling down two or more layers from the surface, then roofing over the hole. Surface trees will grow on "Light Indoor" tiles, allowing the creation of an indoor orchard or tree farm.

If your embark has at least three soil layers, the fastest way to create an underground tree farm is by channeling out two or more subterranean soil layers, while leaving the bottom soil floor intact. Since soil is easily mined and requires no irrigation this is probably the easiest option if available. Note, however, that your farm might experience "light leakage" and "branch collapse" problems if you mine out the layer directly below the surface. 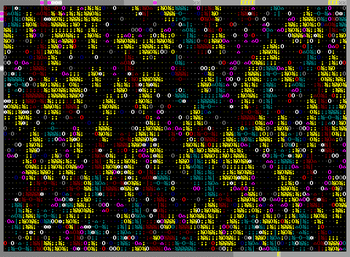 If you find a suitably-sized muddy cavern, you can opt to just use that as a tree farm. Walling it off provides safety against migrating "wildlife". Existing caverns can be enlarged by channeling out layers above the soil, but any horizontal expansion will need to be irrigated. Note: causing a cave-in to clear overhanging stone will damage the mud floors, requiring re-irrigation.

If the above options are not for you, then your next option is to dig out a large underground space, haul out the waste rock, and flood it. Locate several suitable levels and set your miners to work. While your miners and haulers are hard at work, set up an irrigation system. Large amounts of water will need to be utilized since evaporation is a significant force when dealing with liquid spread thin over open areas. Aquifers, rivers, and underground lakes make excellent sources, but be wary of slowing frame rates, especially with lakes. Once every tile has been covered then you can opt to recycle the water by dropping it down onto a similarly opened out space on a lower level. This way you may dig out larger farms without requiring more water.

Saplings of underground trees will not form in artificial areas until a cavern has been breached.

Underground saplings will die if marked as Outside.

A sapling must fulfill a few requirements in relation to the environment in order to mature. Saplings will not mature if there are many others of the same species in the area around it. On top of this, surface trees must meet a certain density requirement based on the biome your fortress is in. If there are too many mature trees in an area, then growth will be halted. Underground trees always grow with uniform density.