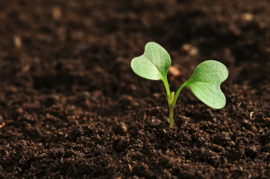 Probably not enough for 80 dwarves.

Soil is the name for the various kinds of ground that can be planted on (both above and below ground) without irrigation using water. In Dwarf Fortress, the category of "Soil" includes all types of sand, clay, ooze and any "non-stone" layer equally, even if you or I generally don't associate that substance with "growing plants".

In previous versions, types and quantities of available soils were listed at the bottom right of the fortress location selection screen; in the current version, however, it will only indicate the presence of soil and whether it can be used as clay.

Digging into soil does not generate any byproduct materials, unlike digging in rock, and also is a much faster process which makes it much easier to create storerooms and other large areas of empty space, and to train miners.

Soil cannot be smoothed, which makes it more difficult to make high-value rooms or pierce aquifers, and impossible to carve fortifications, tracks, or engravings.

Building a farm plot or road or removing a construction on top of soil will cause it to become "furrowed", making it appear with the ≈ and ~ tiles. Furrowed soil — including furrowed subterranean soil — will gradually smooth itself out, at which point grass and other vegetation will begin to grow. Sand always appears as ≈ and ~ and cannot become furrowed - as such, sand roads do not last as long as those made on ordinary soil.

If the game somehow fails to assign any soil materials to the current region's geological layer definitions (e.g. if the [SOIL] or [SOIL_SAND] tokens are removed), then when the game attempts to determine the material used by a given soil tile, it will return a random number in order to alert the user that something has gone wrong. As a result, the tile's appearance will rapidly change, and mining will yield a random stone, gem, or unusable boulder made of metal or other generated material and leave behind a floor composed of the original layer material, assuming the mining job does not randomly cancel due to the selection of an undiggable material such as slade.

The same thing can happen with layer stone tiles if no materials are marked with an appropriate layer type (such as [IGNEOUS_EXTRUSIVE] or [SEDIMENTARY]).

A visualization of this effect.
Retrieved from "https://dwarffortresswiki.org/index.php?title=DF2014:Soil&oldid=265453"
Categories:
Hidden categories: