A starter pack is a compilation of tools, tilesets, a launcher, and the game itself. It allows you to start playing DF really quickly on a new machine - no need to download all the latest stuff, check dependencies, and integrate - or even know what you need to get. Packs that include DFHack also include third-party fixes for some bugs, enabled automatically, and significant user interface improvements. The launcher makes changing settings or graphics options much easier (press button, instead of editing files) and can even remember to launch selected utilities whenever you open a game of Dwarf Fortress. See Where do I get a Pack? for a list.

A Java interface that allows easy option toggling, update and devlog checking, and tileset, mod and color scheme switching. Designed for players who prefer vanilla DF to a bundle like the above. Has not been updated since 2014.

Armok Vision is a 3D real-time visualizer using Unity. It works as a separate program communicating with the game through fast network interfaces provided by DFHack. 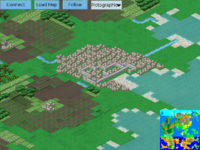 Isoworld can link with DFHack to display a game view at full spatial resolution in wider context, including tracking the player's view. This is particularly useful for adventure mode. The isoworldremote plugin required for this is included with DFHack. 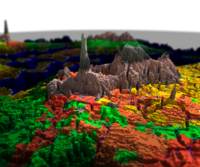 Voxel Fortress converts DF worlds to a voxel format. It takes an export of one of the two elevation maps (for the voxels coordinates), and any other one (for the colors).

The map is saved in .xraw format. An additional utility (e.g. MagicaVoxel Viewer) is required to see the voxel representation of the map.

SoundSense parses game logs and plays reacts to game events with sound effects, incidental music and dwarfy comments. Due to it being written in Java, Soundsense is portable to all platforms.

A SoundSense alternative in Rust with a minimalistic GUI. Sound volumes can be adjusted realtime, based on channel. Events can be ignored with a custom list based on log patterns.

DFHack is an advanced Dwarf Fortress memory access library and a set of tools and scripts using this library, providing direct object-oriented access to Dwarf Fortress's internals as if it were compiled into the game itself. Runs on Windows, Linux, and OS X. The standard configuration enables a variety of included bugfixes and interface upgrades, and provides many useful tools such as "clean all". See main page for a summary of features, common use, and more.

Dwarf Therapist gives you an advanced GUI to manage and check dwarf job allocations, military assignments, statistics (such as attributes, personality traits and happiness), sort dwarves by various criteria (e.g. profession, migration wave, happiness, number of assigned jobs etc.) and generally manage the Dwarven Resources of your fortress in a very convenient way. Available for Windows, Mac and GNU + Linux and included in most starter packs. 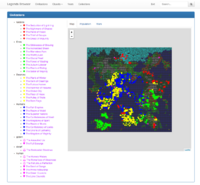 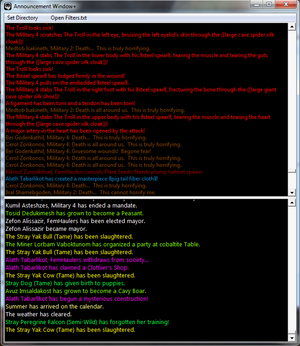 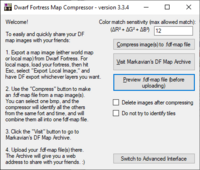