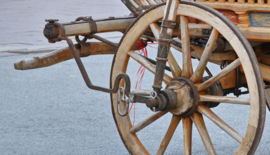 Mechanisms can be created by a dwarf with the mechanics labor. Stone mechanisms are made at a mechanic's workshop from any type of hard stone. Metal mechanisms can be made at a metalsmith's forge from 1 bar of metal and 1 bar of fuel, in trap components. Mechanisms at a forge can only be made with weapons-grade metals. However, using the work order to make metal mechanisms (either from the manager screen or from a mechanic workshop's workshop profile) will use a mechanic's workshop instead (with the same labor and materials), and any type of metal can be used. Mechanisms are stored in the furniture stockpile.