Statues are decorative buildings which can be built from the build furniture menu under statue. They can be created from one stone at the mason's workshop, 3 metal at a metalsmith's forge, sand or rock crystals at a glass furnace, or clay at a kiln. Graphically, statues will display as a grayscale sprite of the statue's subject only if the subject is a sentient race, animal, simple monster, or animal person. The statue will appear as a cube if it is any other type of subject. The color will match that of the material used to craft it.

Statues, like engravings, depict people, places, things and events drawn from the game's generated history. Unlike engravings they do not display random geometric shapes, such as diamonds. Statues will often depict creatures that the artisan likes or loathes, or other dwarves surrounded by the creatures they like or loathe.

Because of their high base value, statues can be quite valuable when crafted from valuable materials, such as precious metals, or when crafted by a highly skilled dwarf. This makes them a good choice for raising the value of a room to create a legendary dining room, for instance, or to meet nobles' requirements for rooms of a certain value.

A meeting area with statues inside is considered a sculpture garden. Dwarves with no job will spend time at a statue garden appreciating the statues (which generates a happy thought). In addition to normal decorations, a stone or ceramic statue can be glazed by a glazer.

Be careful when placing statues, because dwarves cannot normally move into the tile they occupy. (This also prevents dwarves from smoothing or engraving the floor underneath a statue.) A poorly placed statue can potentially seal off parts of your fortress. One can place a statue instead of a wall on a built floor, which leads to another possible use of statues: you may build a statue on a tile you don't want your dwarves to stand at. That makes an intentional cave-in much safer to carry out. Statues do not impede the flow of liquids (water, magma). Creatures can see past statues as they do not completely block line of sight.

During combat, dodging creatures can move into a statue tile. Dwarves will immediately step out of the statue tile once they recover their bearings. This detail can make statues useful in a danger room, by providing more space for training dwarves to practice dodging without requiring massive numbers of training spears and mechanisms. Statues may also prove useful in archer emplacements to control where your dwarves normally stand, but still allow them a chance to dodge incoming fire.

Building destroyers will topple statues (deconstructing them, but not destroying them). This can make statues a useful delaying tactic while your crack military dwarves are finally collecting the arms and armor assigned to them months ago. Note that creatures that topple statues located in temples, in either fortress mode [1][2] or adventurer mode, will be cursed (e.g. as a werebeast or vampire). In adventurer mode, this can be done by pressing u.

A killed iron man or bronze colossus will transform into a masterwork statue upon death (made of iron or bronze respectively). The image is randomly generated upon creation, so it probably won't be a statue depicting the actual creature.

In the premium version of the game, statues of creatures will display as a grayscale sprite of that creature once placed. You can specify the creature to be used by inspecting the job. Only images of non-werebeast single-sprite creatures will by shown in statuary. Creatures assembled from multiple sprites such as demons, forgotten beasts, or experiments will display as the default cube. Werebeasts will display as a cube as well. Plants, items, objects, or any other category of subject will also display as a cube. Dwarves, humans, elves, goblins, and kobolds each use a single sprite-- individual clothing and features will not be reflected in statues. These limitations aside, there are 778 (!) different creature sprites to choose from: megabeasts, animal people, and the incredible variety of animals and monsters in the game are all available to decorate your halls.

Dwarves, left to their own devices, will generally make statues of sentient races and their own limited pool of preferred creatures. Most available sprites will require you to specify an image to ever appear in the game. While somewhat tedious, this is among the best ways to personalize your fort.

To specify an image, create a statue job, then inspect details (magnifying glass) -> Specify image -> Specify a new image -> Creature. You can queue up multiples of the same image via work order. For rock statues, you may select the stone as well, allowing control of the statue's color. Note that clay and porcelain statues currently do not allow image specification.

Some creatures have different sprites for male and female versions of that creature: chickens, sheep, and deer to name a few. These default to female. To get a male version, creatures are listed in the menu by their "caste name"-- this means to create a male sheep, for example you will need to search for "ram" instead of "sheep", for a Blue peafowl , "Blue peacock" instead of "blue peafowl". Some creatures have no distinct caste names but DO have visually distinct sprites: lions are one such example. To make a male lion with a majestic mane, select "Lion ♂".

Here is a large image containing every possible statue sprite alongside the name (including special male names as described above) needed to create it: Media:All_statue_sprites.PNG.

There will be spoilers if you haven't yet seen every creature in the game for yourself. Notable sprites include the fire snake with sculpted flames, the tigerfish, which hovers eerily above its plinth, and the deer man, which comes in visually distinct male and female flavors. 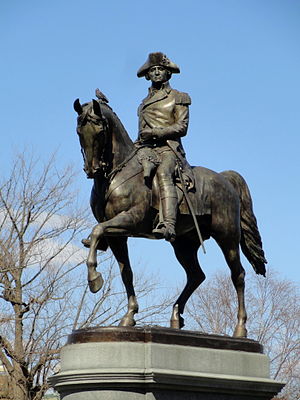 This is an exceptional bronze statue of a human. The item is a rendition of The Esteemed Leader, an image of a human and a horse. The horse is raising the human. The human is traveling. The human is striking a triumphant pose.
Retrieved from "https://dwarffortresswiki.org/index.php?title=Statue&oldid=288956"
Categories:
Hidden category: