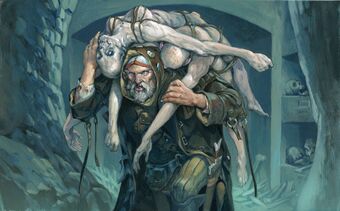 Seeing body parts and corpses of sapient creatures, in general, can cause dwarves with insufficient discipline to become horrified, leading them to cancel their current task and run away. A caravan that sees corpses may decide to not trade. After some time, dwarves may get used to seeing dead bodies.