A civilization (also known as an entity) is an organized society formed by a group of distinct, intelligent creatures. Civilizations are characterized by recognizable symbols, arts, and language, communities possessing common ethics and values, the development of advanced sites and structures, the use of defined resources, governing systems with individuals or groups exercising authority, interactions with the environment, and the creation of complex relationships between other entities, which can result in global networks of trade, the sharing of knowledge, and conflicts due to disagreements, which may break out into war. 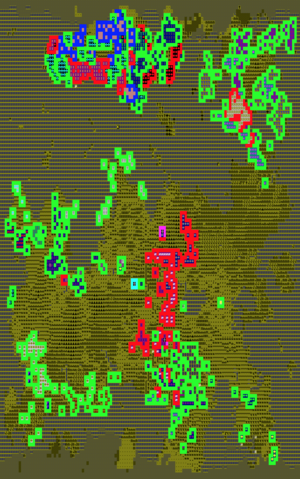