A tiny yellow bug. It has pincers and a stinging tail which can prove fatal.

Bark scorpions are a species of hateable vermin found in deserts and a number of tropical biomes. They may sting dwarves, leading to pain but no long-term consequences. All members of the species possess Legendary skill in climbing.

Bark scorpions can be captured by trappers and turned into pets, but curiously have no pet value (making them be worth 0 dwarfbucks). An animal dissector can also make a vial of bark scorpion venom with a captured live scorpion.

Some dwarves like bark scorpions for their pincers and their stinging tail. 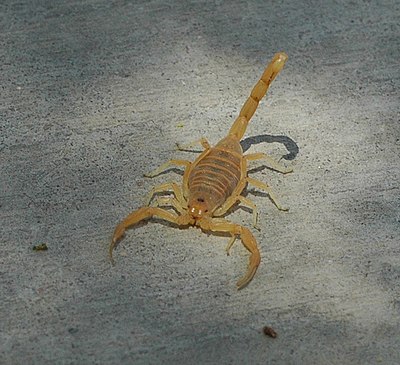