Trapper is the skill associated with the trapping labor. Trappers are involved in trapping vermin through the use of animal traps.

To trap an animal, either query a kennel or Butcher's shop and add the a 'Capture a live land animal' task, or b - m build an animal trap, which must then be baited with meat or fish. Many vermin animals are tameable and can be tamed at the kennel.

Trappers will pursue and catch tame vermin that's outside of a container.

The trapper skill is also used in creating animal traps. Wooden traps are made at the carpenter's workshop, while metal ones are constructed at a metalsmith's forge, or a magma forge.

Trappers can be used to control the vermin population and/or acquire fancy creatures to put in cages and place in your fortress. In the first function, they are easily outperformed by cats (although cats will create vermin remains that need a Refuse Hauling task), and the second is mainly attractive to boost dwarf mood if they encounter an animal they particularity like. Of course many vermin are hateable so it is questionable how effective this may be. There are also a few vermin such as fire snakes that can be used to make extracts, but extracts currently have no use except as a trade good. Creepy crawlers are the only vermin that can be butchered so trapping a lot of them can help train your butchers. As one of the Ranger professions, skilled trappers often have other, more useful skills such as marksdwarf or ambusher. 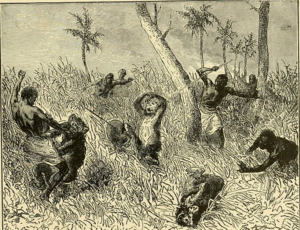