Randomly generated creatures such as forgotten beasts may occasionally be composed of grime. 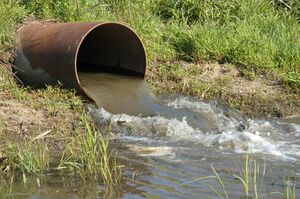 Waste and grime being dumped in water.
Retrieved from "https://dwarffortresswiki.org/index.php?title=Grime&oldid=277243"
Categories:
Hidden category: