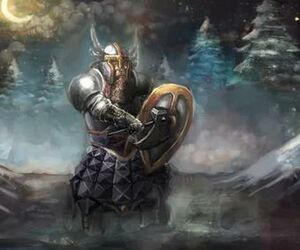 A dwarf ready to block anything attack-related.

Combat skills are a collection of different but interrelated skills that, without exception, have an impact on dwarves' and other creatures' combat effectiveness.

General combat skills are a category of skills that are collectively unrelated to whether a dwarf (or human, perhaps leaf-lover) is using weapons or armor, but are useful for combat.

Your "deflection roll" is based on your armor use skill, but in the first calculation, your dodge roll counts more and replaces your deflection roll if it is higher. That roll is thrown into an equation with the hit roll to get the "squareness" of the attack from 0 to 20. There's some pure luck at this stage, though, and the squareness can sometimes be increased regardless of the rolls. Later, the same deflection roll is used directly with relevant worn items one by one to modify attack momentum using the material/etc. -- dodge rolls don't enter into this. Item familiarity can increase this deflection bonus. 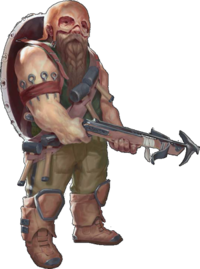 Equipment skills are associated with the use of non-weapon equipment, and as a class increase dwarven survivability.

Weapon skills are associated with the use of a particular weapon type, even if that weapon type is "thrown vomit" in adventure mode. Arena testing indicates weapon skill is more powerful per-point than any other combat skill (assuming the appropriate weapon is equipped!), it contributes to offensive ability and parrying. The name of many of these skills is dependent on species: a dwarven spear user will be known as a 'Speardwarf'. The fighter skill does everything these do, but less.