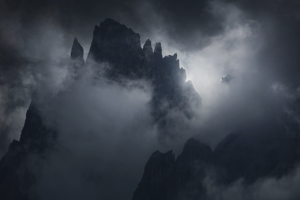 A mountain not worth climbing. 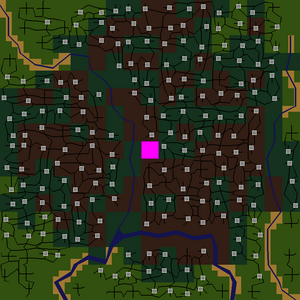 The central dark fortress structure contains a throne room on the top, a few maze-like floors leading up to the throne, the ground floor and 2-4+ subterranean maze-like prison floors that may contain children who were snatched. Often, some of the up/down stairs between prison floors are hidden under switches. Like dark pits, the structure and the areas near the entrances may be host to a number of trolls and beak dogs.

Visiting well-developed dark fortresses and pits in adventure mode can result in extreme lag because of the masses of denizens that can rank in the thousands. This is presumably a bug.[Verify] The lag and impact on FPS can be drastically reduced by sleeping in the fortress (or outside) until it's nighttime and most of the creatures are asleep. Changing to a faster gait will also help because it reduces the amount of calculations other creatures make before it's your turn again.