A person with the wings and head of a dragonfly.

Dragonfly men are animal people variants of the common dragonfly who can be found in savage pools. They spawn in groups of 2-5 individuals and are generally content to keep to themselves, but may pick fights if provoked. In terms of size, they are a little over half the weight of the average dwarf. All dragonfly men are born with Legendary skill in climbing.

Currently, dragonfly men are unable to appear in game, since they spawn only in pools and ponds, and only vermin creatures can spawn inside the borders of a map.

Some dwarves like dragonfly men for their faceted eyes. 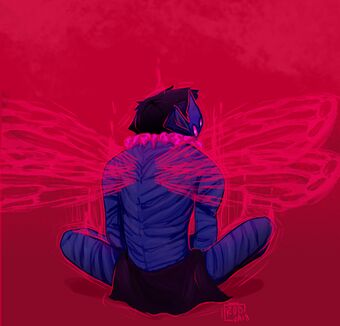