Pike are a species of fish who can be found at temperate rivers and lakes. They are roughly half the size of a dwarf, and provide a fair amount of returns when butchered. As non-vermin fish, pike can't be fished by fisherdwarves, but can be caught with the use of a drowning chamber. Infant pike are called pike fry. 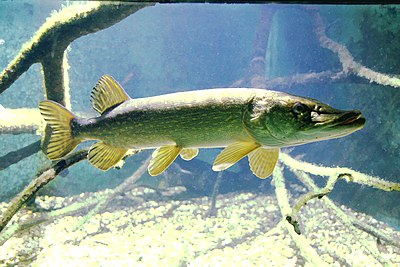 Admired for its distinct markings.

Also, do not attempt to arm your army with these, as they have low penetration and are very prone to bending.