A huge monster in the form of a cardinal.

Giant cardinals are giant animal variants of the common cardinal, found in a number of savage temperate biomes. They spawn in flocks of anywhere between 5 and 10 individuals. Being three times the size of the average dwarf, these birds may pose a threat if provoked, but will generally leave a fortress alone save for potential job cancellations or scaring livestock out of pastures.

Giant cardinals can be captured in cage traps and trained into exotic pets, possessing the default giant animal value. They give a decent amount of returns when butchered, and can be placed in a nest box for a meager amount of eggs, though they fail to produce as much as your common poultry. Like all giant animals, they are considered exotic mounts. 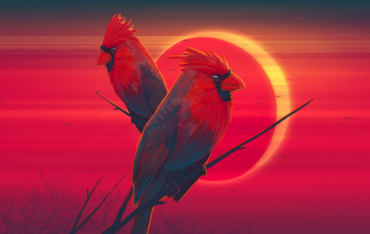 Also admired for their ability to bend trees by perching on them for too long.
Retrieved from "https://dwarffortresswiki.org/index.php?title=Giant_cardinal&oldid=288563"
Categories:
Hidden category: