A tiny diurnal monkey. It spends its time in the trees searching for food.

Capuchins are small, thieving creatures that can be found in tropical forests and mangrove swamps, spawning in loose groups of 5-10 individuals. They will attempt to steal food and items from your fortress, and if confronted, they may attack dwarves to defend themselves, but generally stand no chance against a hunter or even an unarmed peasant in a 1-on-1 fight. Dwarves react violently to the presence of capuchins, generally leading to your civilians running after the poor things and beating them to death without warning. All capuchins are born with Legendary skill in climbing.

Capuchins may be captured in cage traps and trained into exotic pets. They give a low quantity of returns when butchered, making them poor choices for livestock, but are fairly long-lived animals. Unlike most creatures, capuchins reach adulthood at 3 years of age, though they're fully grown by the age of 2.

Some dwarves like capuchins for their social nature and their intelligence. 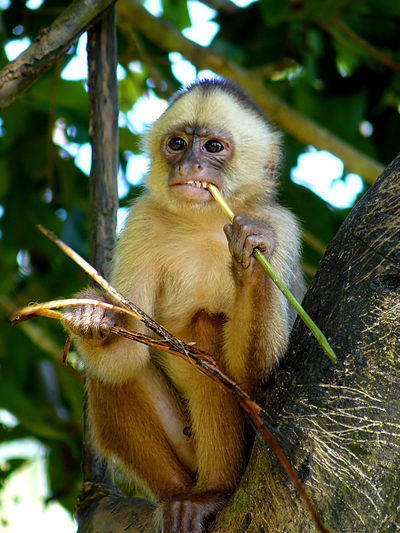 Capuchins are also Legendary dancers, having a preference for organs.