Griffons are fanciful creatures which are merely the stuff of legends. They do not actually exist, appearing only in engravings as the fancy of artists. They may be added properly into the game in future releases. 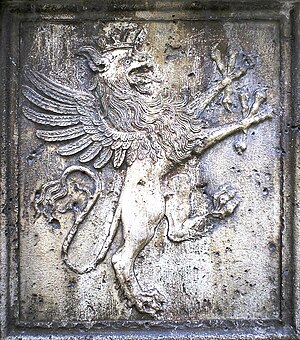 Some griffins have been known to fly to an island off the coast of Maine, fly to the top of the island and claim the island by the name of griffin rock. When the griffin dies of old age, humans will take the island and often bring four giant robots to protect them.