A huge fish covered with growths and spots it uses to hide on the sea bed. It is not usually aggressive.

Being cartilaginous, spotted wobbegongs won't provide bones when butchered (but will provide a skull). 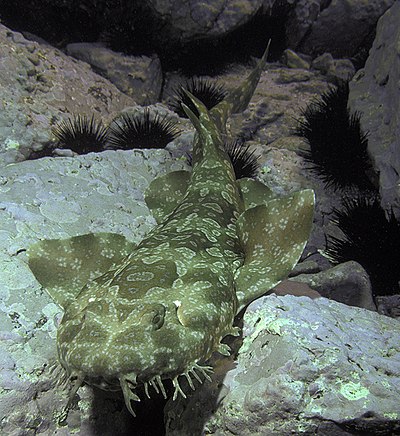 Admired for its coloration.
Retrieved from "https://dwarffortresswiki.org/index.php?title=Spotted_wobbegong&oldid=287762"
Categories:
Hidden category: