A tiny bird of prey. It hovers above the ground and swoops down to snatch rodents and mice.

Kestrels are a species of bird found in a number of different biomes. They appear individually and are entirely benign, doing little but fly through the air aimlessly. They are one of the smallest animals in the game who aren't outright vermin, making them harmless to all but the most unlucky of dwarves. All kestrels are born with Legendary skill in climbing.

Kestrels can be captured in cage traps and trained into cheap pets. Hunted kestrels are too small to be butchered and slaughtered trained ones will only yield a skull, making them useless for a meat industry, though their females can be placed in a nest box to lay a small amount of eggs. While they're a type of falcon, kestrels don't share the same vermin-hunting abilities of the peregrine falcon.

Some dwarves like kestrels for their coloration and their hunting prowess. 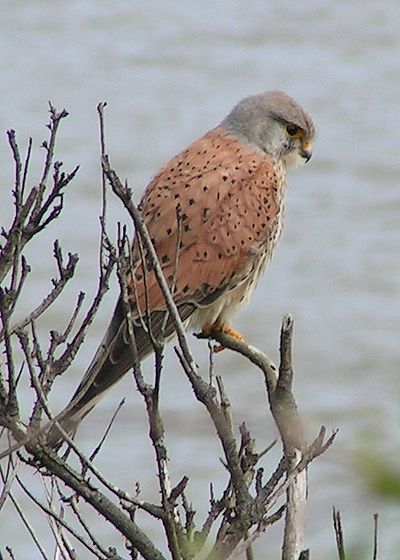