A person with the head of a lion.

Lion men are animal people variants of the common lion who can be found in savage tropical flatlands. They spawn in groups of 1-5 individuals and can pose a threat to anyone who provokes them. In terms of size, they are a little over twice the weight of the average dwarf. While they are smaller than the similar tiger man, their great size still makes them dangerous in combat. 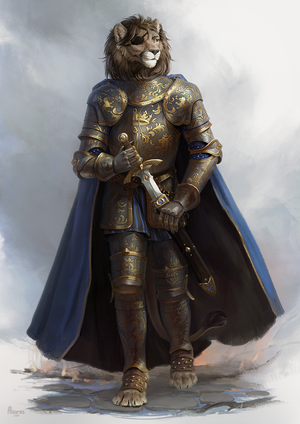 Susceptible to stampedes and high falls.
Art by AlsaresLynx