Basking sharks are massive sharks who inhabit temperate oceans. They are among the largest creatures in the game and are the second largest of all fish, losing only to the whale shark. Huge as they are, they are benign and harmless to dwarves, who are more likely to drown by being on water rather than being attacked by one of these. An infant basking shark is called a basking shark pup.

Being non-vermin fish, fisherdwarves can't fish basking sharks, but they can be caught in drowning chambers and butchered for an immense amount of returns. As cartilaginous fish, butchered basking sharks won't provide you with bones, though you'll still get a skull from them.

Some dwarves like basking sharks for their giant open mouths. 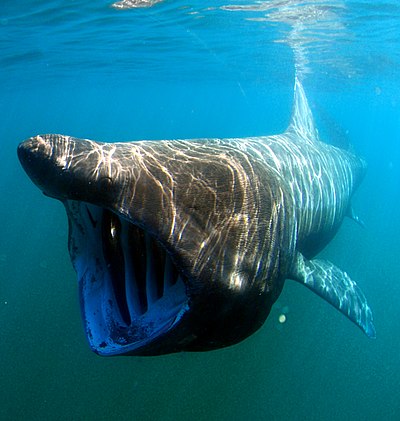