A huge monster in the form of a cougar.

Giant cougars are much larger versions of their smaller counterparts. They are roughly 10 times the size of a dwarf and standard cougar. Much like their standard-sized, smaller cousins, they also spawn in shrub- and woodlands, are solitary and rarely attack your dwarves. They can appear as exotic mounts in sieges. Despite being giant, the amount of meat they produce when is only slightly higher than their smaller counterparts when butchered. 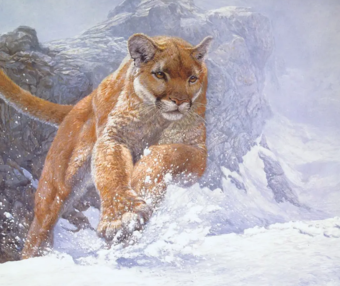