A person with the head and tail of a rat.

Rat men are humanoid versions of the common rat and a species of unremarkable animal people, found in most savage biomes. They are about half the size of the average dwarf when adults and spawn in groups of 5-10 individuals, and are unlikely to pose any danger to your fortress unless provoked. They are a completely different race from the rodent man.

Like other savage animal people, rat men may occasionally join civilizations, becoming full-fledged citizens who may appear in your fortress as visitors or be playable in adventurer mode.

Some dwarves like rat men for their friendliness, their playfulness, their curiosity, and their intelligence. 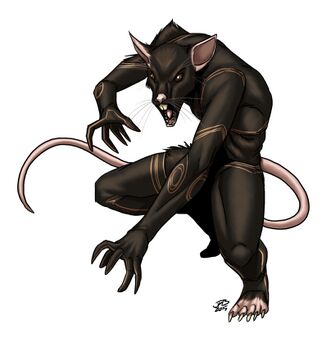