Llamas are common domestic livestock available to most civilizations. Llamas can be sheared once every 300 days to yield wool, which can be used to make low-value cloth. In addition to the standard meat industry products, llamas also supply wool when butchered. 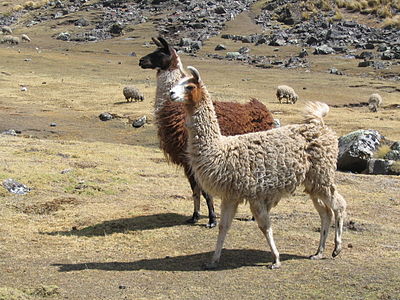 Instead of Pasture land you may also give your Llamas faces and hands to satisfy their lust for flesh. They seem to also prefer to be pastured next to stockpiles of hats. (more testing needed)

While llamas are a common choice of livestock, be warned. You never know which one might actually be a noble transformed by a syndrome. Said llamas are usually very arrogant and self-centered, and often talk about building a pool upon a hilltop.