A small flightless bird, it is the largest of the natural penguins. It is known for its treks through leagues of glacial ice.

Emperor penguins are creatures found inhabiting arctic oceans, where they spawn in groups of 5-10 individuals. Standing at half the size of a dwarf, these flightless birds will run away when threatened, making them an easy target for a hunter or a military squad. Butchering them will return an acceptable amount of food and bones to the fortress.

Emperor penguins possess a pet value of 10, but lack the necessary tokens to be trainable.

Some dwarves like emperor penguins for their large size, their coloration, their waddling gait and their way of flying through the water. 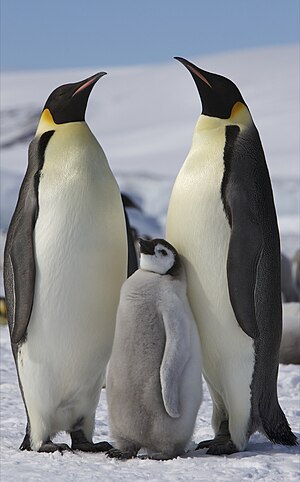