A person with the head and wings of a wren.

Wren men are humanoid versions of the common wren and a species of unremarkable animal people, found in most savage biomes. They are only half the size of an adult dwarf and as such, are unlikely to be a threat to even an unarmed civilian, though their ability to fly may make them difficult to hit. Like other savage animal people, wren men may occasionally join civilizations, becoming full-fledged citizens who may appear in your fortress as visitors, become historical figures, or be playable in adventurer mode.

Some dwarves like wren men for their intricate songs. 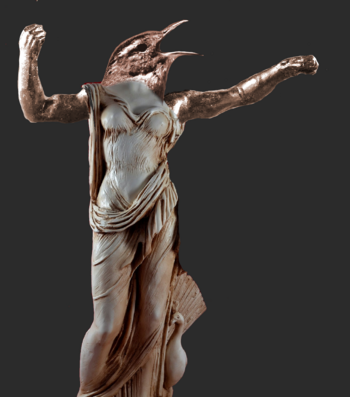