Impalas are wild animals found in tropical savannas and grasslands, where they appear in herds of 5-10 individuals. These herbivores are a little smaller than the average dwarf and are entirely benign, doing little but meandering about aimlessly through your surroundings, just waiting to be taken down by a hunter or squad, only rarely retaliating with bites and kicks. Newborn impalas are known as fauns.

Impalas can be captured in cage traps and trained into low-value exotic pets. They give equivalent returns to goats when butchered. When trained, they become grazers, and as such must be assigned to a patch of grass in order to not have them starve. 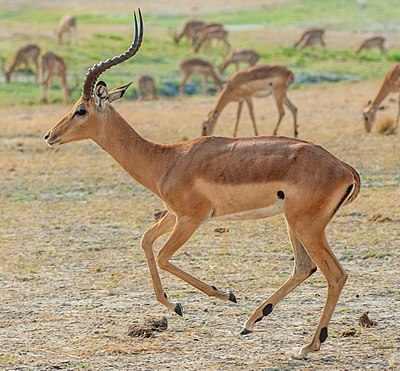