A large monster with the shape of a hedgehog.

Giant hedgehogs, although large, pose little threat to a fortress and have been observed to walk straight into your meeting area and get slaughtered by dogs.

It also appears that if it is trapped in a cage while rolled up (with the cage trap being placed under the hedgehog), it'll stay rolled up permanently, even if tamed and trained. 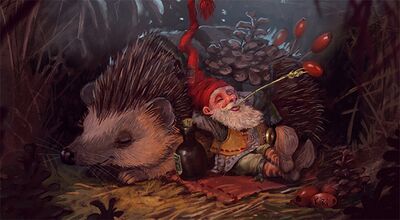 That's the baby version. It'll get meaner when it's older.