A small bird of prey with black markings on its eyes. It hunts near bodies of water.

Ospreys are a species of bird who can be found in water-heavy biomes such as oceans, lakes, rivers and marshes, where they spawn individually. Despite being carnivorous, they are benign and under half the size of a cat, doing nothing but fly across the area aimlessly, proving no threat to a dwarf whatsoever. All ospreys are born with Legendary skill in climbing.

Ospreys can be captured in cage traps and trained into cheap exotic pets. They produce a tiny amount of returns when butchered and lay an average of 3 eggs at a time, making them poor choices for livestock. 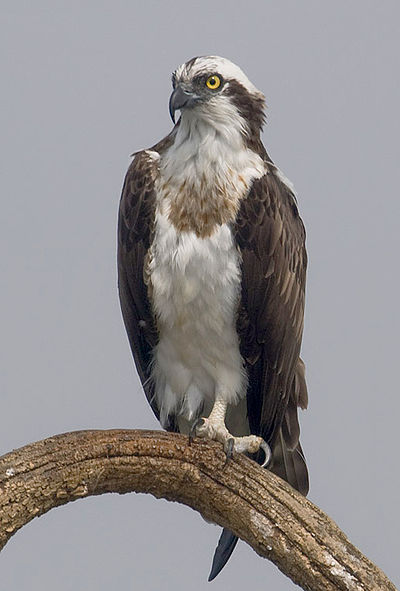