A person with the head and humps of a two-humped camel.

Two-humped camel men are humanoid versions of the common two-humped camel and a species of animal people, found in savage deserts. They are nearly 5 times bigger than dwarves when adults and spawn in groups of 5-10 individuals, and as such make potentially dangerous opponents if provoked. Funnily enough, only 5-10 of them may exist in a single area before they're considered extinct, so you might witness your map's entire population of camel men pass by your fort all in one go.

Like other savage animal people, two-humped camel men may occasionally join civilizations, becoming full-fledged citizens, who may appear in your fortress as visitors or be playable in adventurer mode.

As the animal person template does not remove it, two-humped camel women produce milk.

Some dwarves like two-humped camel men for their humps. 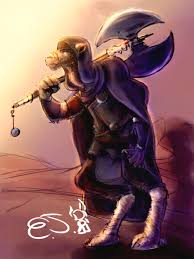 Despite many depictions of camel men, they are not known to promote tobacco related products.